"Give us the opportunity and we promise to kick some ass. Put us on a stage and we will make the crowd dance, and stagedive, and headbang like they've never done before."

Freak Kitchen is a rock band from Gothenburg, Sweden, formed in 1992. They have released nine studio albums and toured around the world. Guitarist/singer and founding member Mattias "IA" Eklundh is renowned as an innovative and unique guitar virtuoso, and he also has a successful solo career on the side.

Freak Kitchen's style of music is an original, yet identifiable mixture of heavy metal, progressive avant-garde and Indian carnatic influences, paired with catchy songwriting, baffling rhythm structures and adventurous tonalities that escape genre labelling. Having established a passionate, loyal and ever-growing fan base, the band is steadily touring all corners of the world, lighting up the crowds at small clubs as well as vast festival venues.

If you have something to say with your music and it's there in your fingers, you don't need gold plated gadgets! If you're not passionate about what you do, it'll sound ca-ca no matter how expensive your cables are."

Everything you need to know about Mattias IA Eklundh and his music can be found from his Freak Guitar site:

At home, I was exposed from a very early age to The Sweet, Alice Cooper, Oscar Peterson, Ray Charles, Béla Bartók and everything that was played on our old Telefunken record player.

1975. I discovered KISS - they were so cool! Got my first KISS record (Destroyer) as a bribe from my mother to let her cut my hair... I started playing drums and gave myself the stage name Ace Cooper.

1981. I saw Frank Zappa live, and that changed everything for me. I've been a huge fan ever since.

1983. I changed to guitar and began practicing fanatically. Music theory I have studied from the books I borrowed from the library.

1988. Frozen Eyes recorded its first LP album (Frozen Eyes) in Denmark. We started getting good reviews and a positive reputation, but the record label Bums Records ripped us off pretty badly.

1990. Internationally experienced Danish rock band Fate was looking for a guitarist, and I got the job. I lived in Copenhagen in some dreadful conditions, but I was happy to be able to write music. Scratch n' Sniff was recorded this year – plenty of those tracks are purely my compositions.

1992. To get to play the sound and style I really wanted, I asked old drummer friend Joakim Sjöberg and a cool glam rock bassist Christian Grönlund to join me: Freak Kitchen was formed.

1994. Freak Kitchen released its first studio album (Appetizer). We got good reviews and the album won the Swedish Zeppelin Award for Best Hard Rock album of the year. We were real underdogs, usually brushed off by the Stockholm based media.

1995. For my own experiments with my guitar, keyboard, tape recorder and a sequencer, I created a fake persona as a parody of techno & disco trends: Mr. Libido. Slightly odd, but fun! The same year, Freak Kitchen was moving forward and got to play Roskilde Festival in Denmark.

1997. Freak Kitchen's first UK show at Frontiers Awards. I was invited to Japan to hold clinics, I was featured in several issues of Young Guitar, and with Itaru Kanno from Caparison Guitars my Apple Horn signature model was born.

2000. The lineup for Freak Kitchen was changed: Björn and Christer joined the band.

2012. My guest performance with German Panzerballett with the song The IKEA Trauma. I provided vocals and a guitar solo – we also made » a great video for it!

Everything I do must be for real. Even if we're recording really weird stuff, I have to really feel the force of music, I need to hear it thundering inside."

1973. I got my first guitar lessons at the municipal music school. The teacher wanted me to play classical style but I insisted to be a singer and instead asked him to show me some cool chords.

1979. Got into karate basically to be able to kick people's asses if I didn't like them. After that, I've grown enough to understand that fighting isn't the best way to solve problems...

I was into ELO, 10cc, Deep Purple and Thin Lizzy, but then I heard AC/DC and couldn't believe my ears! It was unbelievably awesome!

1984. Moved to Gothenburg from Onsala where I grew up.

1988. Road Ratt (that time as Icewind) was formed with bassist Casper Janebrink and drummer Tommy Carlsson. Later on, they formed the famous danceband Arvingarna.

1990. The band's name Icewind briefly changed to Hot n'Spicy before the permanent change to Road Ratt, inspired by a British biker gang.

1991. Work began on the band's self-titled album after signing a massive record deal. The album featured Mattias IA Eklundh on a guest solo.

1992. Road Ratt shot three music videos from the album: "Rag Man City", "Shake it up" and "Itsypooked". Road Ratt were nominated for a Swedish Grammy in the category 'Best hard rock'.

1993. Road Ratt were also nominated for 'Best newcomer' and 'Best Album' at Swedish Zeppelin-awards (losing only to Clawfinger in both cases).

2009. Eaglestrike was formed with Fredrik Eriksson (guitar), Jörgen Tjusling (drums) and Dennis Österdahl (bass) after I completed the recordings of the debut album, featuring Björn Fryklund on the drums.

2016. Changed my last name Örtefors to that of my wife, Hysén. 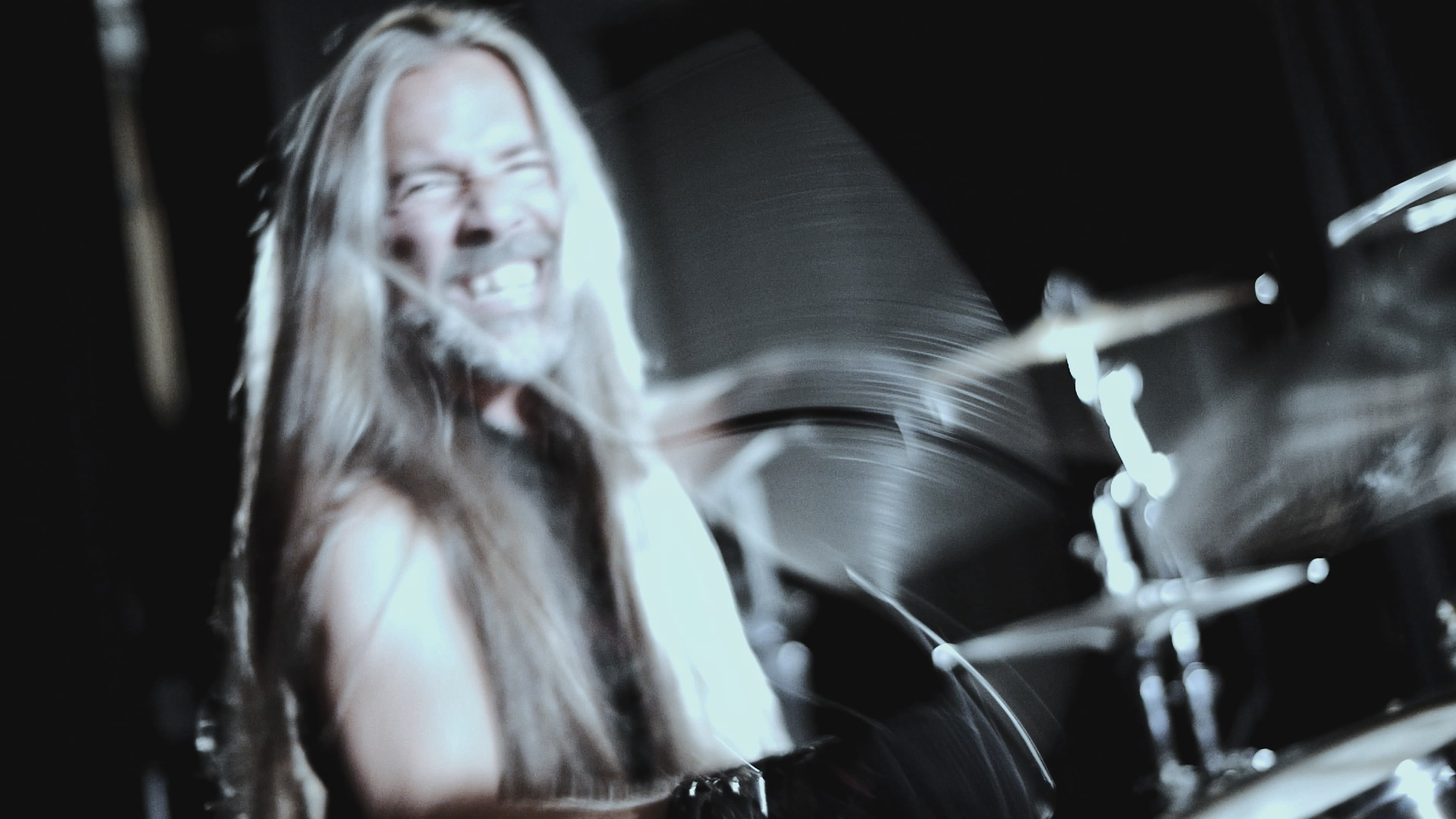 A drummer's job is to take the song from point A to point B, and you may fill it with interesting things along the way."

1977. It all started with Kiss. 9 years old, I got hold of the first live records. After that I knew what I wanted to do with my life.

1982. In the eighth grade, some older guys from the upper secondary school wanted me to be the drummer in their band Moment 22. That was my very first band.

1989-91. Studied jazz on the music program at Ingesund's College.

1992-93. Moved to Los Angeles to study at Musicians Institute, PIT.

1994. Went on two tours in Japan with an MI fusion band, Amatis. Moved back to Sweden and started working as a drum teacher.

2000. Mattias asked me to join the Freak Kitchen, and I didn't hesitate for a second.

Six Trixx (1985-89). Joined the local guitar hero Jan Myrén and formed an LA-rock style band with everything that comes with it: tigerskin pants, make-up, 1 billion drums and a singer with an ego.

Dr. Glas (1986-89). I was very happy grabbing the bass, being able to finally meet the audience, run around and sing backup with everybody in the band. I liked it. Crossing rock/punk/New Age music.

Spicey Spiders (1992-95). Wonderful trio born at MI. Did four studio recordings in LA, and played in clubs around town.

Amatis (1994). Fusion band from MI. In spring 1994, toured for six weeks around Japan and Okinawa in jazz clubs, and did another tour the same year.

môra-Per (1994). Started out as a band that played mainly irish folk pop. We made a full-lenght CD, played festivals and did a handful of TV-appearances. » môra-Per on Facebook

Sven-Ingvars (1997). I was called up to join the already famous swedish 60's act. Lots of fun! » Sven-Ingvars on Facebook

The Spotnicks (1997-2001). Originally, the Spotnicks was one of the most famous instrumental electronic guitar bands during the 1960s. I was called to join them for a 60's festival in Dortmund, and we continued playing with the same constellation for a long while. » The Spotnicks web site

Meinl cymbals from my left to right:

Watch the champ in action!

Your all time favorite Freak Kitchen tunes delivered by amazing Björn Fryklund! Don't forget to check these out!

FREAK WHEN SPOKEN TO 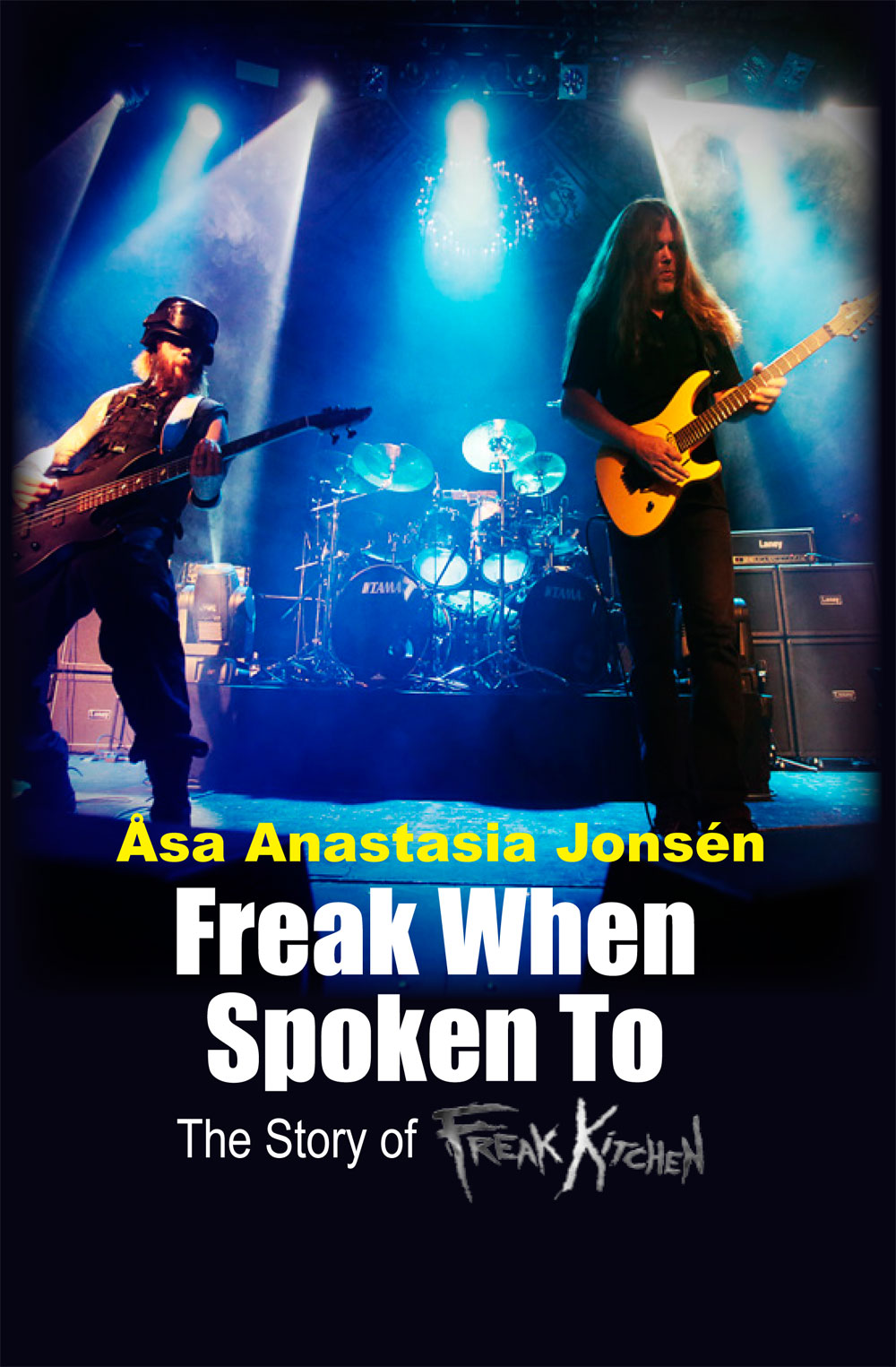 Confessions of a Hardcore Fan